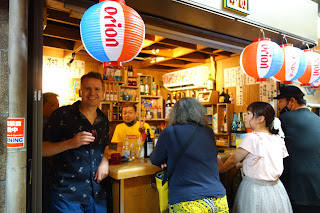 I`m all in to support little Okinawan shops in Tokyo and Okinawa Sakaba Yui opened in June 2020!  I`m there! 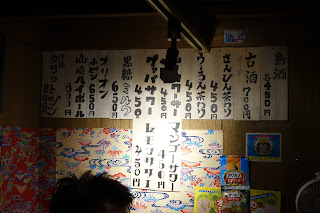 Drink Menu... Glass of awamori on the rocks is 450 yen.  But in Okinawa awamori sake is normally served with water and ice because the alcohol content is 30%.   Luckily it was a warm night and the ice melted at a nice pace 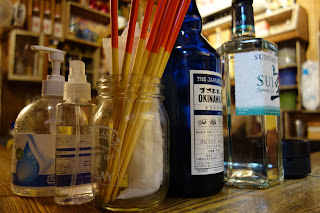 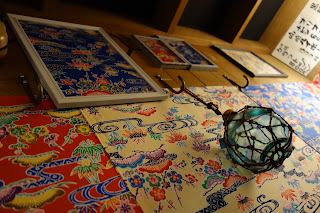 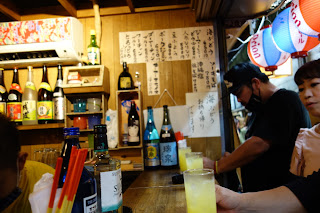 Food menu on the wall.

Owner`s 2nd recommendation.  I totally thought he was Okinawan but nope... he was local Tokyo guy.  Must have been a business decision to open up a Okinawan bar. 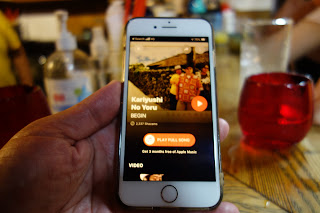 Gotta have some BEGIN on the BGM.

Lots of little bars along this alley... 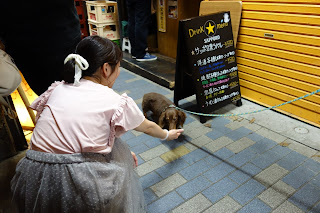 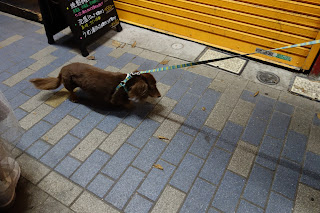 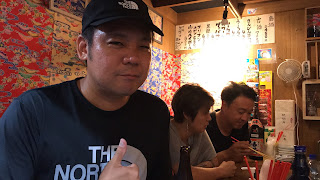 Customers were super friendly.  Met a military helicopter pilot and a bilingual guy who works at AIG.  Overall its a nice cozy spot with an older clientele but there was a great breeze going thru this alley... Probably won`t return as the owner wasn`t Okinawan. 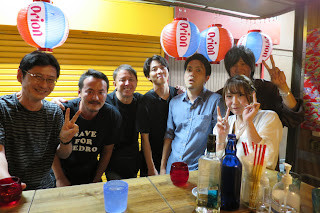 I went back on September 19th!  Super friendly clientele... 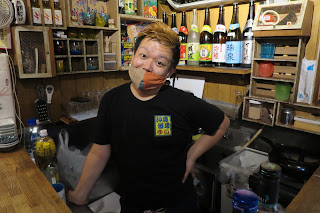